The president of the European commission, Ursula von der Leyen, was momentarily left without a seat as she met with the European council president, Charles Michel and Turkish president, Recep Tayyip Erdoğan, in Ankara on Tuesday - triggering an avalanche of criticism.
Subscribe to Guardian News on IThomes ► bit.ly/guardianwiressub
With only two chairs available, Von der Leyen, the sole attending female leader, sat on the sofa as Erdoğan and Michel sat on the chairs. “Ehm,” she muttered, with a small gesticulation directed at the occupied seats. Michel, who had appeared to make a bee-line for the top spot next to Erdoğan as the party entered, offered little evidence of regret.
A spokesperson for Von der Leyen said: "The important thing is that the president should have been seated in exactly the same manner as the President of the European Council and the Turkish President. But ... she decided to proceed nevertheless prioritising substance over protocol."
The awkward scene was played out ahead of a three-hour meeting with Erdoğan where one of the issues raised by the EU leaders was women’s rights in light of Turkey’s withdrawal from a convention on gender-based violence.
The Guardian publishes independent journalism, made possible by supporters. Contribute to The Guardian today ► bit.ly/3uhA7zg
Website ► www.theguardian.com
Facebook ► theguardian
Twitter ► guardian
Instagram ► instagram/guardian 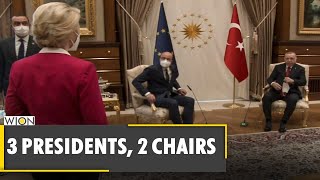 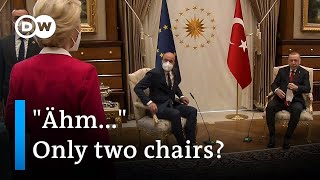 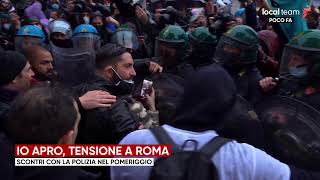 Prince Charles: 'My Dear Papa Was a Very Special Person'